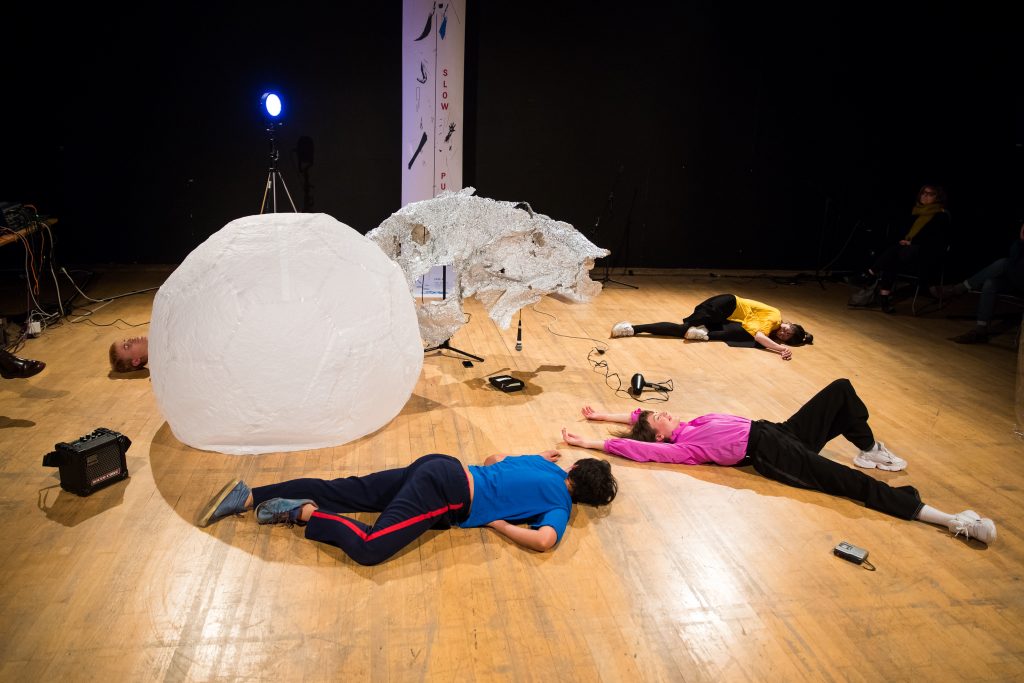 PWYD (Pay What You Decide)

Hen Ogledd’s meaning comes from the Welsh name for The Old North.

Sounds and stories from the peripheries of Stockholm

Founded by experimental folk artist Richard Dawson and avant-garde harpist Rhodri Davies in 2012, Hen Ogledd went through many expansions and shifts in sound as they evolved. Growing in numbers with each new release, they welcomed Dawn Bothwell to the band on vocals and electronics for their explosive 2016 live album, Bronze, and the addition of vocalist Sally Pilkington took things from improvised weirdness to polished electropop for their third album, 2018’s Mogic.

Hen Ogledd signed to Domino Records offshoot Weird World for the release of their third album, 2018’s Mogic. Now a quartet with the addition of vocalist/multi-instrumentalist Sally Pilkington, Hen Ogledd took a drastic turn away from their largely formless beginnings on Mogic, a collection of more traditionally structured and pop-friendly songcraft

A performance where live guitar music is translated into text and code to communicate to machines. The work is the result of research into musical cryptograms, codes and secret messages encoded into instrumental music and an exploration of real time rhythmic computer interaction.

Simon Blackmore makes performative sculptures and installations using sound and custom-made technology. His works have been exhibited and performed at galleries and museums including Ikon Gallery, Birmingham, and at the The Aldrich Contemporary Art Museum, USA. Recent commissions have included Parallel Voices a piece for 7 vocalists to be performed as part of Drift as the Lowry, 2019. www.simonblackmore.net/