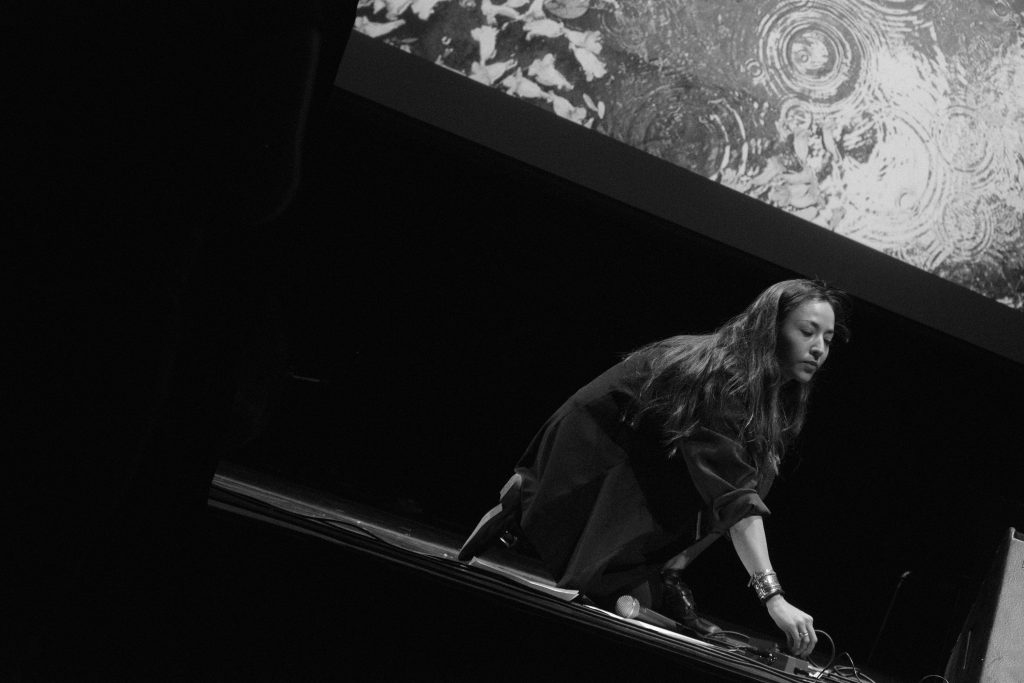 'Poetry and the Telephone' is a look at how the sounds of poetry have vibrated with and through the telephone line throughout their shared history. Since modernists feeling the electricity of the city crackle along copper wires, the telephone became a louder and louder part of the soundscape of everyday life until other poets felt they would be ensnared or deafened by it. Listening closely to some of these poems, we can see what the telephone, and the hyperconnected world it begat, have meant for how we hear each other today.

Rezo (Insect Poems) is inspired by the sound of insect stridulation as vibratory phenomena. Stridulation as sustained desire, evocation and prayer. These works gather a collection of sounds including field recordings, electric guitar loops, spoken word, singing bowls, and street sounds from Mexico City. A series of poems titled "Insect Poems" came first, and these compositions were guided by them, in a way, as linguistic scores and visual stridulations. Lucía will also be in dialogue with Ruth Wiesenfeld of Towards Sound, an archive, network and educational project focused on visible traces of a creative process geared towards all sound based arts.

Callie Gardner is a poet and critic from Glasgow. Their book-length poem naturally it is not. was published by The 87 Press in 2018, and their critical writing is found at secondmoon.substack.com

Lucía Hinojosa Gaxiola is an interdisciplinary artist whose time-based practice develops through ephemeral and conceptual gestures that result in a corpus of visual, sonic, and text-based works. She has exhibited, performed and collaborated with Centro de la Imagen, Sala de Arte Público Siqueiros, The Poetry Project,  among others. She’s the editor of diSONARE and recently co-founded RIZOMA, a series of poetry and performance workshops led by a group of artists for imprisoned women. Her book “Elements of Language” (Open Sky / Cielo Abierto) is forthcoming.

Every day of the audiograft festival will see a release, from the beginnings of the Dandelion Project Archive, a new project by sound artist and composer Rebekah Alero. These will include self-reflexive essays and entries \\ visual essays \\ vocal pieces \\ graphic scores \\ realisations of work by Eastman and Alero \\ documentation of the archival process \\ and an excerpt from Alero's DANDELION film.

Rebekah Alero is a sound artist and composer.Working with both sound and image such as graphic scores, video and still image. They explore the use of documentation and research using these for their own self reflective works.They are currently focusing on the narrative of blackness within the context of archiving, and exploring ways in which these findings can be saved and preserved. Rebekah’s sound works and compositions focus on the voice and the use of digital and analogue experimentations with interests and influences in sonic hauntology.