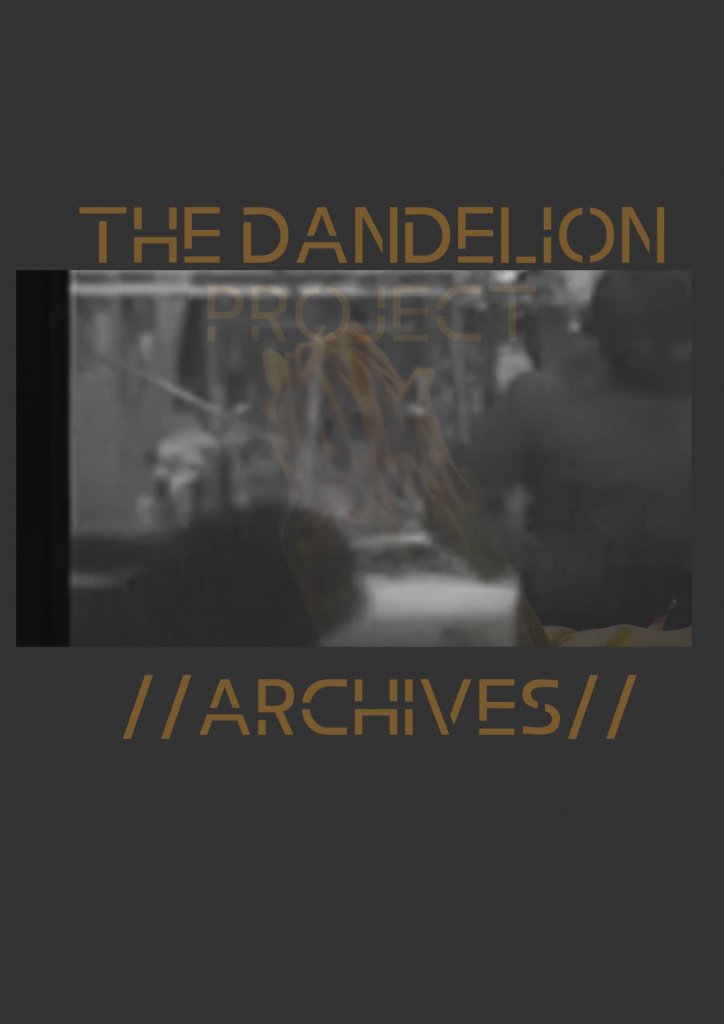 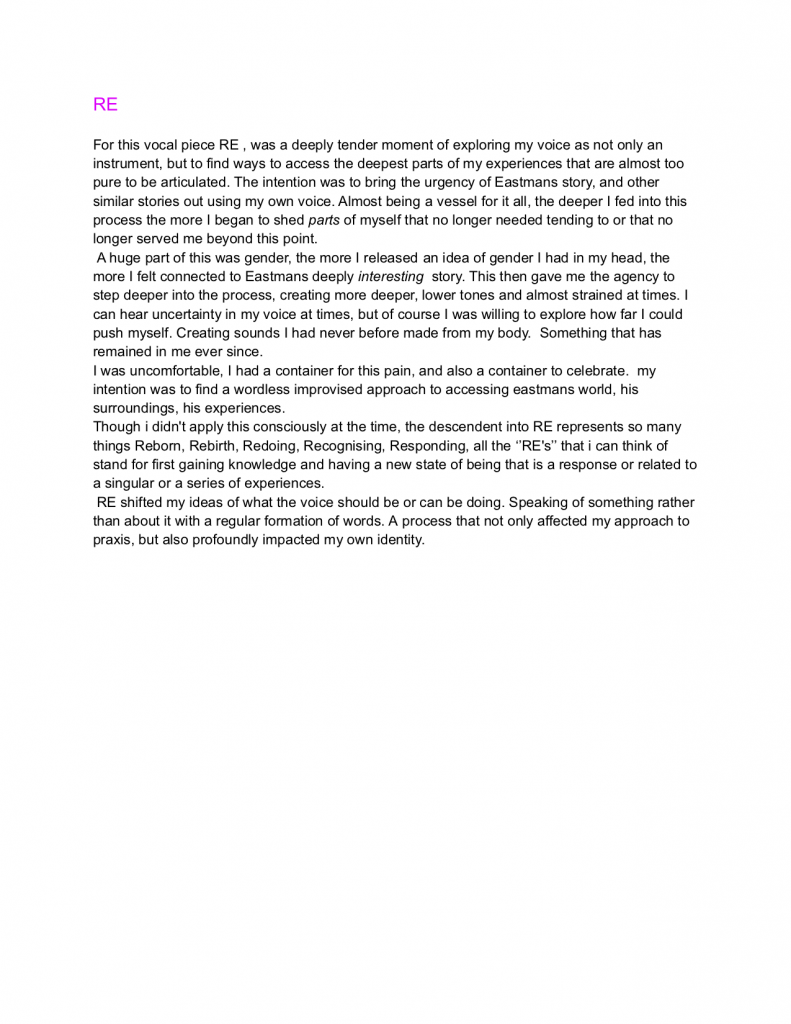 For this vocal piece RE , was a deeply tender moment of exploring my voice as not only an instrument, but to find ways to access the deepest parts of my experiences that are almost too pure to be articulated. The intention was to bring the urgency of Eastman’s story, and other similar stories out using my own voice. Almost being a vessel for it all, the deeper I fed into this process the more I began to shed parts of myself that no longer needed tending to or that no longer served me beyond this point.

A huge part of this was gender, the more I released an idea of gender I had in my head, the more I felt connected to Eastman’s deeply interesting story. This then gave me the agency to step deeper into the process, creating more deeper, lower tones and almost strained at times. I can hear uncertainty in my voice at times, but of course I was willing to explore how far I could push myself. Creating sounds I had never before made from my body. Something that has remained in me ever since.

I was uncomfortable, I had a container for this pain, and also a container to celebrate. my intention was to find a wordless improvised approach to accessing Eastman’s world, his surroundings, his experiences.
Though i didn’t apply this consciously at the time, the descendent into RE represents so many things Reborn, Rebirth, Redoing, Recognising, Responding, all the ‘’RE’s’’ that I can think of stand for first gaining knowledge and having a new state of being that is a response or related to a singular or a series of experiences.

RE shifted my ideas of what the voice should be or can be doing. Speaking of something rather than about it with a regular formation of words. A process that not only affected my approach to praxis, but also profoundly impacted my own identity.